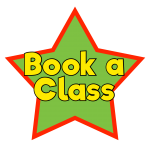 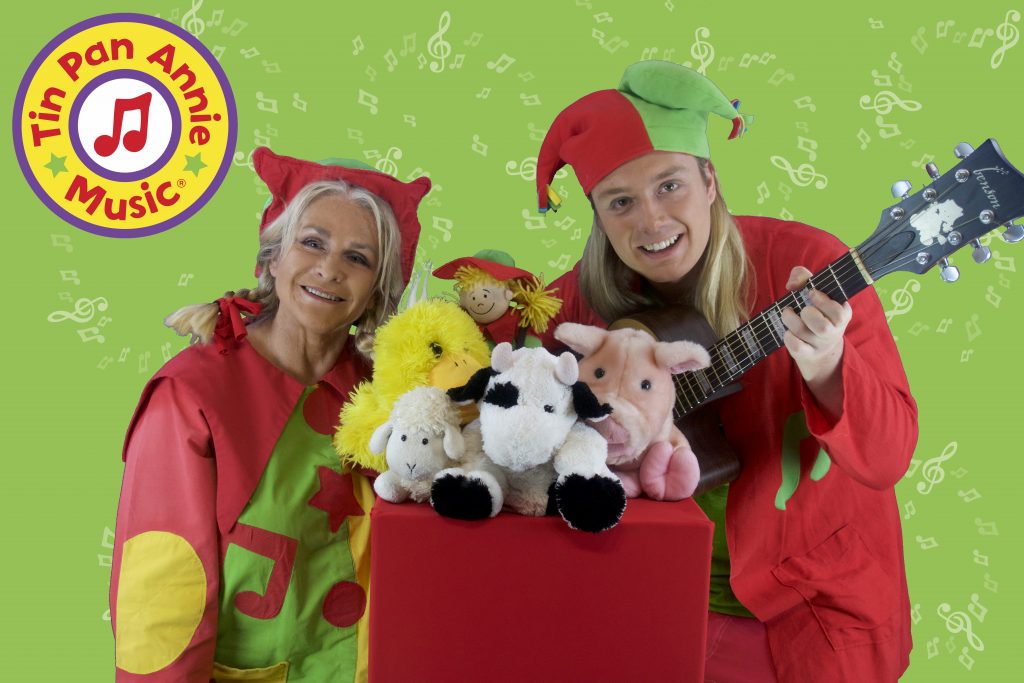 Tin Pan Annie Music has been an award-winning provider of educational live music for babies and children for nearly 30 years.

Nowadays Tin Pan Annie is still a family business and has become one of London’s most respected and well-loved names in educational live children’s music.

The Tin Pan Family is Annie, her two super musically talented sons Charlie and Harry and her amazingly supportive hubby, Richard. Between them, they have all been instrumental (no pun intended) in the rich and wonderful Tin Pan Annie story!

Once upon a time, Tin Pan Annie was just Annie, and she spent every spare minute making and sharing music with anyone and everyone. From leading and teaching music projects in her local school to staging her own musical theatre productions with her friends, Annie’s passion for music and bringing people together shone brightly for all to see.  She even became the assistant to the Director of an International School’s Orchestra!

Seeing how music always bought a smile, Annie grew more and more passionate about the science and physiology that underpinned people’s reactions to live music. This curiosity fed discovery and became the main subject of her University degree in Physiology and Biochemistry, where she focused specifically on the importance of live music on the developing brain pre-and post-natally. Of course, all the while she supported her studies by teaching guitar, running children’s musical parties and crooning to romancing diners in the local Italian restaurant!

Annie went on to share her love for biochemistry as a science teacher at the prestigious Tiffin Girls’ School until her life changed forever as she began her greatest journey yet… becoming a mother! 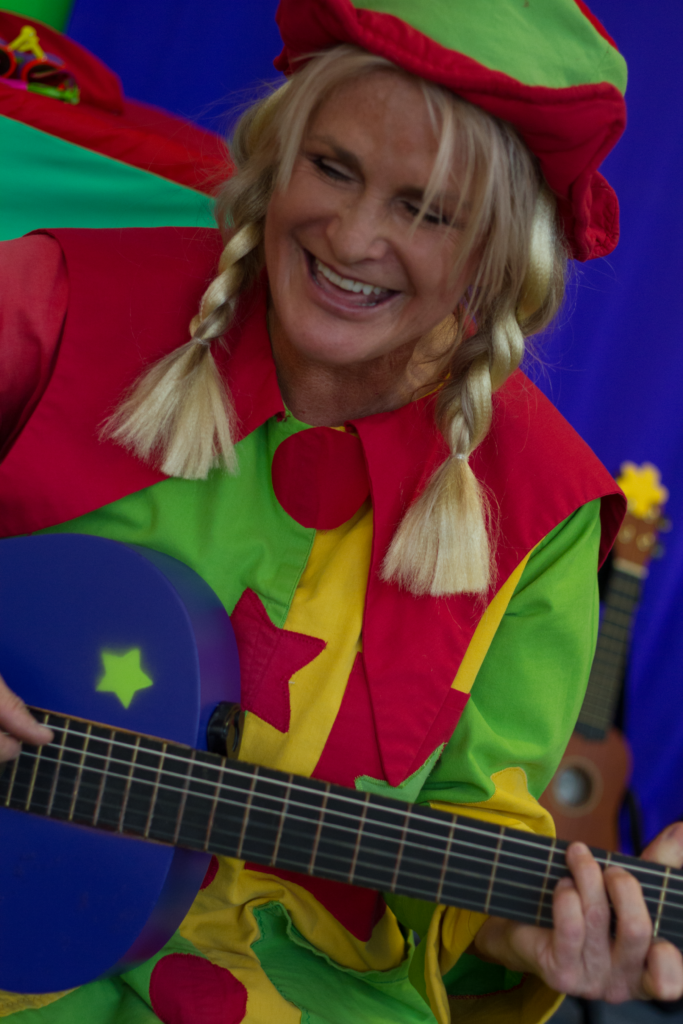 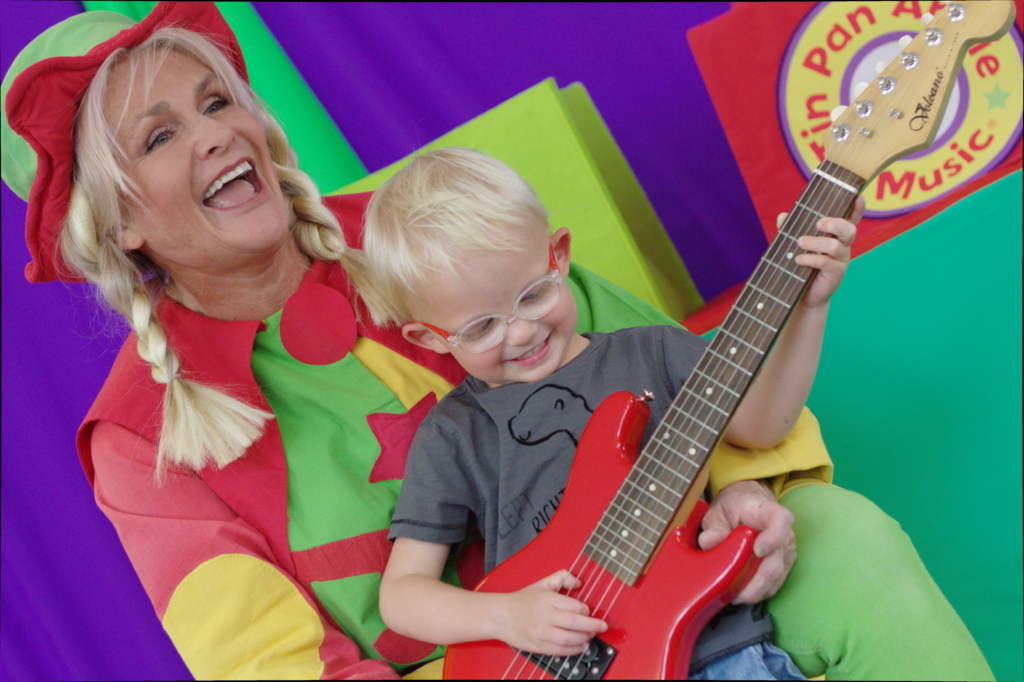 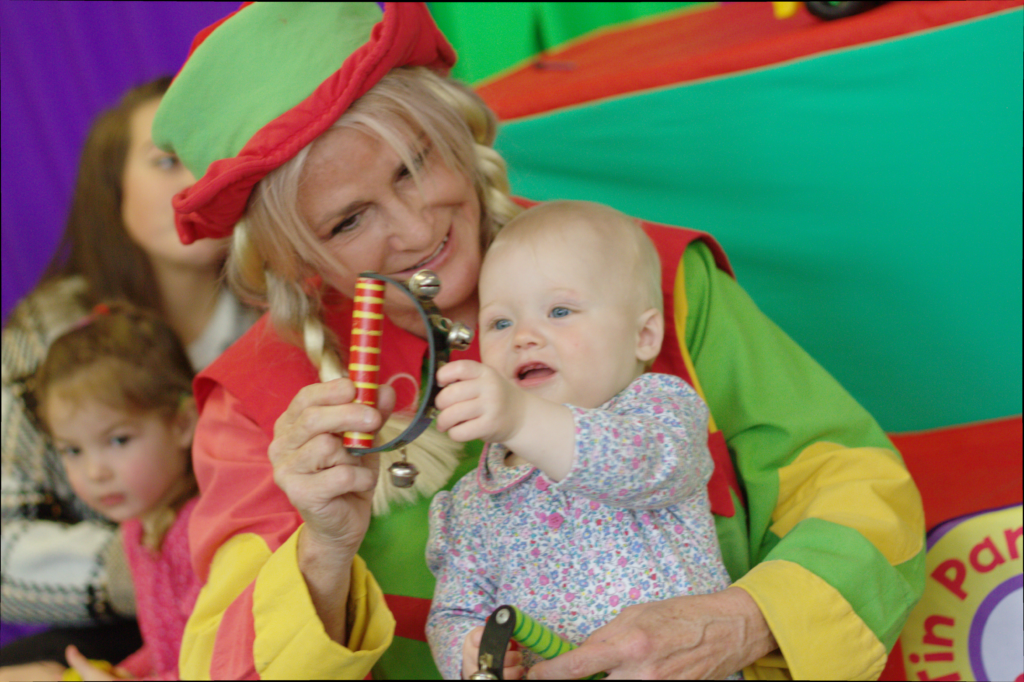 It was completely natural that 27 years ago, when Annie’s first son was born, they sang and played music together just about all the time. As Annie sat with him on her knee in front of a piano or a guitar, more and more friends plonked their babies next to her, amazed by how absorbed they were when exposed to real live music. Annie’s live music sessions became a local legend, growing so large that Annie had to hire a church hall to fit everyone in. And so, Tin Pan Annie Music classes were born!

Annie will tell you that there is very little difference in planning a lesson about photosynthesis for 14 year olds to planning a music lesson about frogs for 2 year olds. In both cases you need great content, constant variety, and real passion. You need to be able to plan for the unexpected, learn from the children, stimulate, engage, adapt to their needs, and constantly develop whilst never leaving out the fundamentals.

2 years later and Harry was born. He was already word perfect, having learnt every Tin Pan Annie song (and practised his drumming) in the womb. Tin Pan Annie Music was in full swing and Annie began to train other talented musicians as demand rocketed. Over the years, Tin Pan Annie Music expanded to over 30 Tin Pan teachers running classes in 25 venues and in many local nurseries.

As Annie’s sons grew older they always tried to upstage her! Always involved in writing songs, making props and bringing inspiration, they were only 6 and 8 years old they sang with Annie on the first Tin Pan Annie album ‘Tick Tock’. 3 more albums followed and Harry ended up playing more and more instruments on each one.

As a family band we have staged unique children’s shows featuring 100% live music throughout, performed at rock festivals all around the UK, and grown our YouTube channel ‘Tin Pan TV’ to become one of the finest children’s channels on the platform for 100% real live music, free from cheesy animation and canned music. Championed by Marcus Brigstocke (a huge fan), Tin Pan Annie Music was even pitched to the BBC! 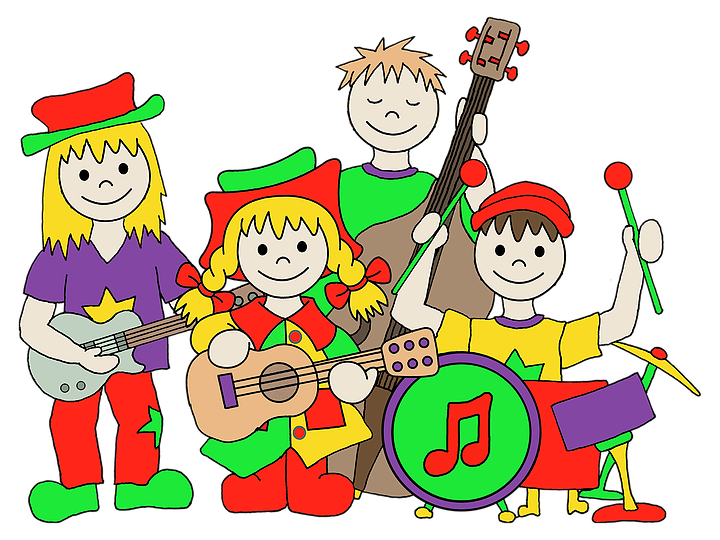 It was clear from a really young age that Harry had an absolute passion to make his own music. He could pick up any instrument and get a tune out of it, was writing lyrics and composing from an extraordinarily young age and was a natural performer.

At just 13 he beat over 10,000 musicians to win Best Solo Artist in ‘Live and Unsigned’ – a nationwide search for undiscovered original artists. From then on, his music career catapulted with various management deals, original albums and live tours.

At 18 years old he was crowned London’s best solo busker at Mayor Of London Gig: Big Busk, all whilst excelling academically at Alleyn’s School (putting his teachers on the guest lists for his shows may have helped).

Harry earned a Distinction grade in a four-year MA degree in Commercial Music, where he fronted several bands, toured extensively, studied the business inside-out and generally had the time of his life. Back home at Tin Pan Annie HQ, Harry has forged a career as a professional musician. He writes and performs as a solo artist, works as a session guitar player and singer on record and on stage, and has become a respected and in-demand guitar and drum teacher to many aspiring rock stars!

Over the years Harry and Annie have bought quality children’s music to all sorts of places, playing live on the hospital radio at Great Ormond Street Children’s Hospital and running music workshops for the King’s College Hospital School the Honeypot Children’s Charity for young carers.

The Covid-19 pandemic, of course, forced Tin Pan Annie to evolve just like everyone else. Harry kept up his high standard of instrumental teaching over Skype and Zoom, and Tin Pan Annie live music classes became weekly live streams featuring Annie and Harry together – offered completely for free for many weeks, later being available on YouTube.

As the UK finally emerges out of lockdown, Tin Pan Annie Music is planning the next adventures to bring live music to all those little ones whose ears may not yet have heard the magic of a real instrument.

Tin Pan Harry is super excited to be running the classes from now on, bringing his own magic, originality and passion to our tried and tested formula.

There are more songs to write, more music to be shared, more shows to put on.

Let the music play on! 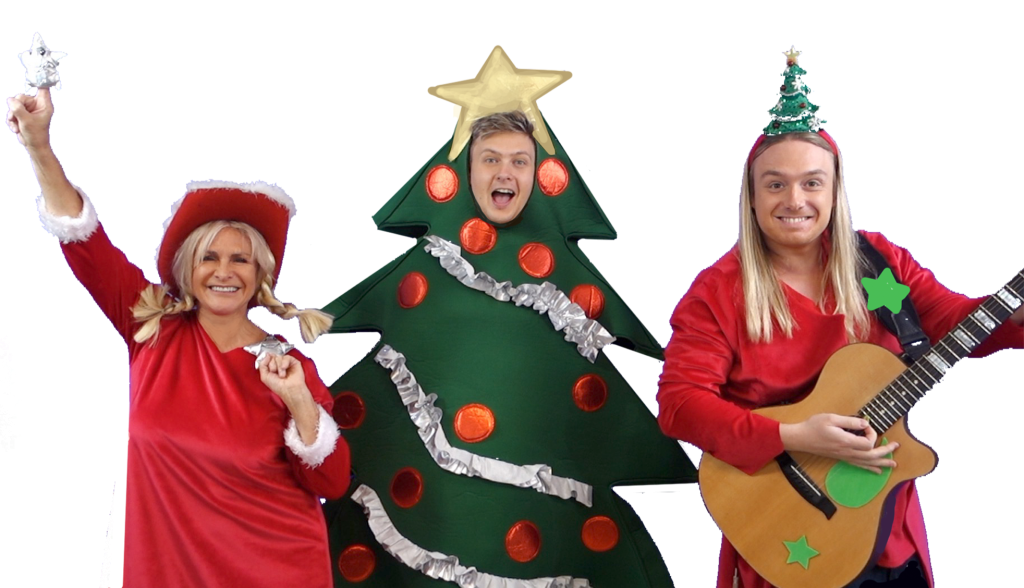 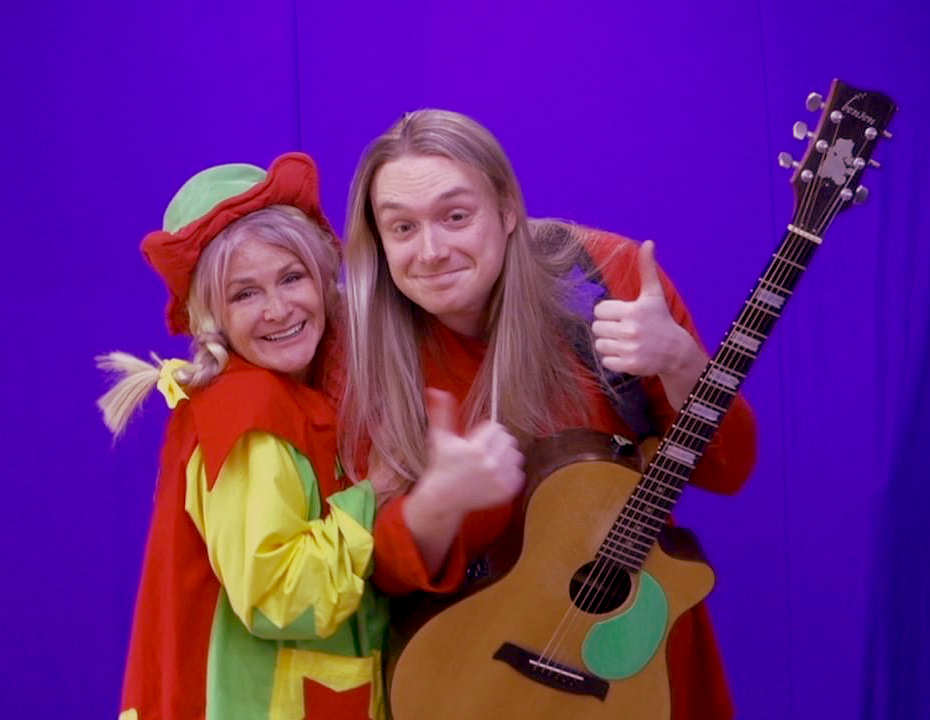 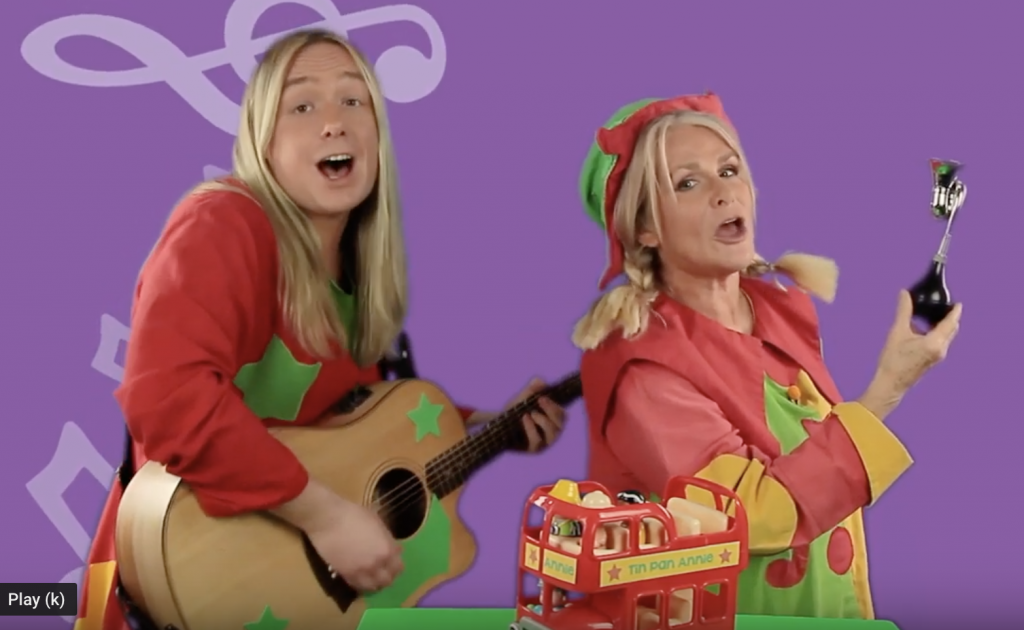 “Even the tiniest of babies become absorbed by all the stimulation….Without knowing it babies and children are learning so much whilst having a great time.”

“Real musicians playing real instruments. No cheesy animations or canned music, just colourful, fun, and imaginative videos for little ones to watch to their hearts content. Nothing but safe, secure, screen time.”

“Tin Pan Annie Music has inspired hundreds of children to want to play guitar. Who better to teach and inspire them than Annie’s on Harry who is in great demand and teaches all ages from 3 years to adults.”

On our long history:

“Tin Pan Annie is a real family business. Since her sons were born they have been heavily involved. They have sung and played the instruments on her 5 albums which are now streamed all over the world. For over 10 years they have all played as a family band  for charities such as Great Ormond Street Children’s Hospital”

Full Review, Not So Glum Mum

“We’ve really enjoyed our time at Tin Pan Annie’s sessions because of its feel good factor and can’t wait to go back!”

“Tin Pan Annie has been a great class… I’d go as far as saying it was instrumental in giving my son more independence…It’s also been great for developing his speech skills (because all of the singing), in developing his listening skills…and gaging rhythm (through his use of instruments).”

“Absolutely the highlight of my child’s day…..and usually mine too!”

“Both of my sons have done Annie’s classes since they were tiny, and Finn, now 3, still attends her Friday class. He is excited week after week and can’t wait to get to class. Her enthusiasm, talent, nurturing manner, and huge sense of fun are above and beyond any other music class we have attended. She brings such wonderful themes and songs to each lesson, constantly creative with her approach to teaching, and the children all adore her. xx”

Testimonials from our Zoom Classes (during lockdown)

“Living in SW London, we’d heard of Tin Pan Annie by legendary reputation, of course, but we’d never made it to a class ourselves as we’re a little too far away – until today, that is! My 2 yo has been mesmerised! What a wonderful double act! Thank you, Tin Pan Annie and Harry!!”

“Was such a wonderful session. Annie and Harry and made my boys day so bright and musical. Huge thanks for doing this we will be back on Wednesday! They loved the interaction with you through the messaging and the shout outs were so lovely for all the children.. thank you again superstars! Nicola, Ollie & Finn x”

“The brightest spot in Maddy’s day. A huge thank you for your thoughtfulness and efforts!” 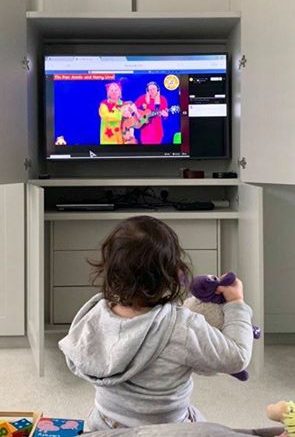 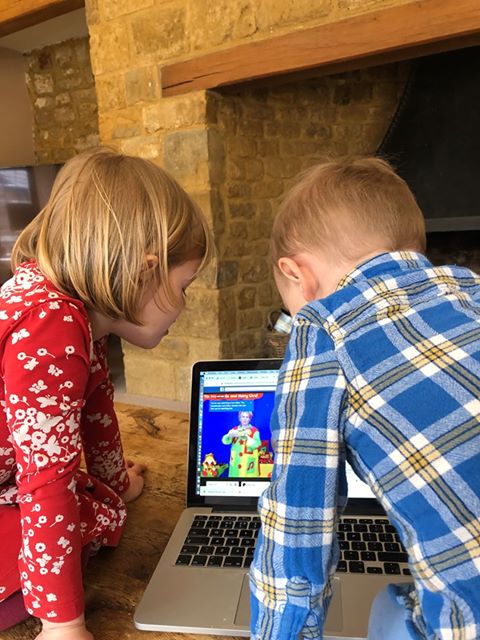 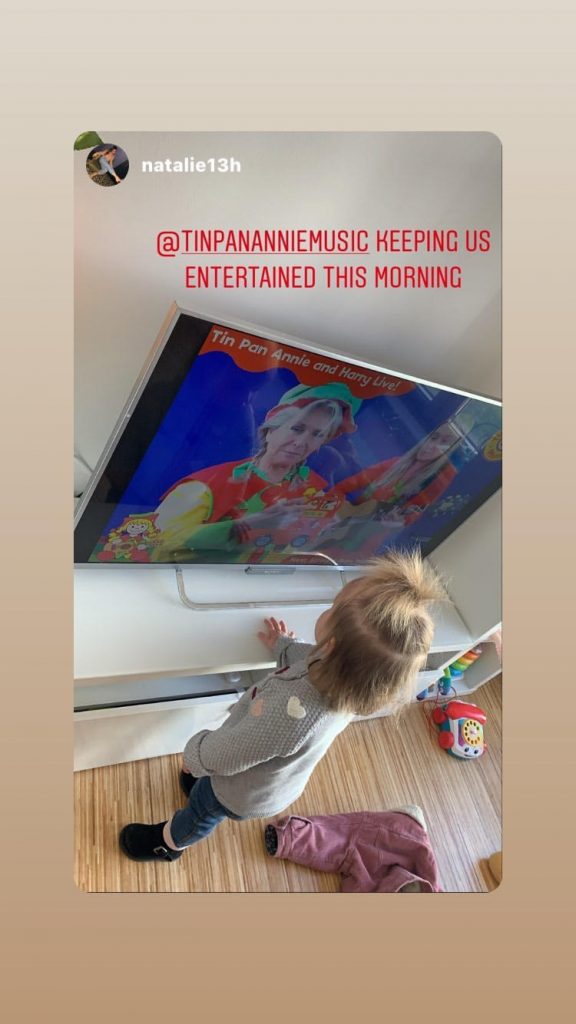 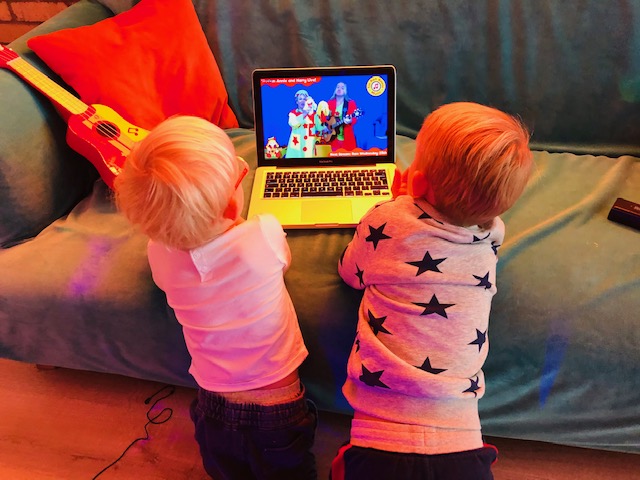 © 2022 All rights Reserved. Design by Charlie and Harry Houseago

Skip to toolbar
Tin Pan Annie Music uses cookies to ensure that we give you the best experience on our website! We use cookies to speed up your process booking and to track visitors to our website. We don't store any of your personal information.Accept CookiesPrivacy policy